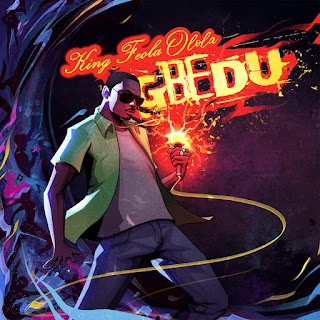 Feola Olola’s music profile skyrocketed following the release of his debut single, ‘Bless Me,’ which was backed by the viral influence of social media.

Feola Olola’s new single “Gbedu” connects with his audience in a meditative Afropop vibe that leaves them wanting more.

Gbedu is an Afro Pop genre delivered in a Yoruba dialect and English language mix.

Feola assures that the year 2022 has a lot in store for him, as he has been working hard on his music project for the New Year.

Feola Olola has collaborated with a number of Nigerian artists, including Super Wozzy, ID Cabasa, Ty Mix, BlaqJerzee, and many more.

More from Feola Olola is on the way.

I get Gbedu wey fit make you dance o

Portable Ft. Barry Jhay – All Eyes On Me