American rapper and songwriter, Bashar Barakah Jackson famously known as Pop Smoke, was killed during a home invasion at a Hollywood Hills, California, on Wednesday.

He was signed to Victor Victor Worldwide and Republic Records. In April 2019, he released the song “Welcome to the Party”, the lead single of his debut mixtape Meet the Woo, which was released in July 2019.

CNN reports that the singer on returning from Europe, was arrested at John F. Kennedy International Airport in New York on a charge of interstate transport of a stolen vehicle.

He pleaded not guilty during his arraignment in Brooklyn and was released on $250,000 bail.

Davido, alongside other artiste, have sent out their condolence messages to the family as they mourn the rappers death

3,931 people are talking about this

8,402 people are talking about this

We are devastated by the unexpected and tragic loss of @POPSMOKE10. Our prayers and thoughts go out to his family, friends and fans, as we mourn this loss together. 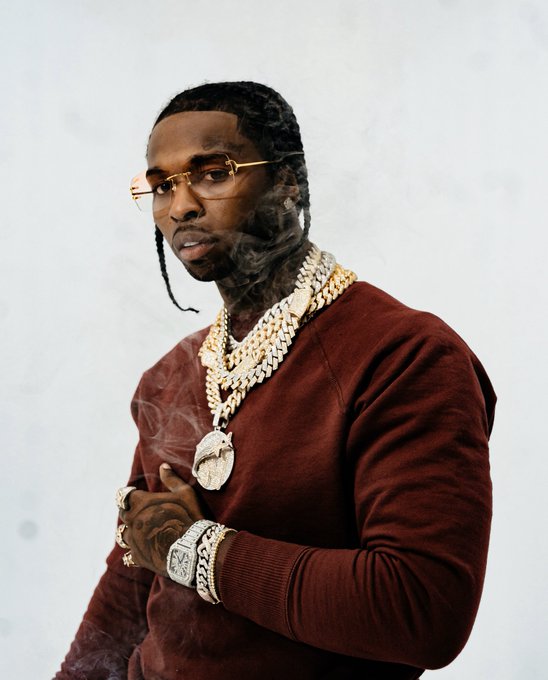 340 people are talking about this

Rest Up Pop Smoke, you were too young. God Bless and comfort your family. What a crazy trajectory you were on man smh

4,191 people are talking about this

Ybliss: Everything You Need To Know About Oduataj Entertainment’s New Signee

We wish you Joseph Effiok Hogan an Happy Birthday